Nothing stifles creativity like trying to please everyone. Some lessons and takeaways I've discovered over the past few months of writing. 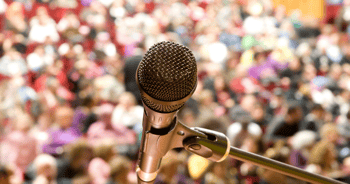 This is something I’ve developed a deep appreciation for over the past few months, amidst all of the content I’ve shared across various social media channels.

When I first started sharing content, I was met with a lot of negativity and hate.

To provide some context on this, here are a few comments I’ve received, verbatim:

"This is f*cking bullshit."

"You’re obviously a fat, desperate virgin who has never actually had sex with a woman."

There have also a number of death threats peppered in here and there, as well as one guy who sent me a message on Instagram that read: "I really hope you die soon."

Given I hadn’t been sharing content for a very long time before I started receiving negative comments (many of these comments came within the first couple of weeks), at first, they really threw me.

Here’s how my coping process looked over that period

I’d read a negative comment, have a big whinge to my Fiancé about it, saying something along the lines of ‘I can’t believe these assholes are writing this stuff about me, I’m just trying to share thoughts and advice to help people improve their mindsets and ways of being.’

She must’ve heard me say words to this effect a hundred times over the first couple of months.

What a sweetheart and a trooper she is for putting up with my repetitive rants and annoyance.

After I'd be done whinging, she’d offer me some words of support.

I’d talk to some peers who are partaking in similar endeavours, then I’d get back to it, feeling that I was able to move on and continue with the same enthusiasm and attitude I had before I read the negative comments.

After a couple of months of repeating this process, I noticed they were starting to have some lasting effects on me.

They were translating into my content in the form of me creating thinly veiled attempts to placate my ‘haters’.

I would justify this change in my writing by telling myself ‘all in all, I can use this as constructive criticism’. Now, while this was true for some of the negative comments, for the most part, I was starting to become a bit of a writing wimp.

I was trying to shape my words and my thoughts in such a way that I would become immune to the criticisms.

I would half-write pieces of content, get to the point where I felt I had written something a little controversial, then eventually decide ‘no way, people are going to hate me for this’ and leave it as a draft, believing it was best to come back to it when I felt I could formulate my ideas in a safer way.

I started to become frustrated by this and eventually, in a self-auditing moment of clarity, when I was about thirty draft content pieces in, I decided to myself; I’ve got three choices, moving forward:

I decided to go with option number 3.

So, off the back of my soul discovering journey, and my realisation that I need to ruffle a few feathers if I want to build a real audience, I felt it was worth sharing some of my observations so as to help anyone else who has been in a similar situation to myself.

These observations will serve you well, whether you’re writing, creating music, painting, working towards becoming a comedian, or simply looking to share your opinions and ideas with others.

What you need to know if you fear negative criticism

There is no way to be creative, honest and share genuine thoughts and opinions without pissing some people off

This is, provided you have a big enough platform where people are able to access and respond to the content you’re sharing.

Now I’m not saying you have to be an asshole and purposely try and piss people off to get attention and admiration, but I am saying that you have to be honest with yourself and your audience.

Every thought, opinion or creative piece is divisive in some way

It literally doesn’t matter what you say or do, some bastard will always find a way to tell you that they disagree with you and that you’re a moron for thinking and behaving as you are.

You need thick skin in this game

This one is fairly self-explanatory. If you can’t handle criticism, I don’t recommend you share content with others.

Adapting your style of creation in order to appease the 'haters' is a fool's errand. They were never, and will never be your fans anyway. Not only are you never going to bring them around with your attempts to please them, but you're also never going to attract your true potential audience.

You will likely never become fully immune to the negativity

Sure, it gets easier with time and experience, but every negative comment will still irk you in some way, even if it’s on a subconscious level.

While this may seem a little depressing to consider, it’s also helpful to know it, as it will help you realise that you’re not weak or pathetic during periods of vulnerability when one of the comments truly stings.

Disclaimer: I know that I'm still only at the start of my writing career, so I'm not trying to share these ideas and advice, like I know it all. These are merely my thoughts and opinions, formed over the past four months of sharing content online.

This is a natural part of human psychology.

Knowing this will help alleviate the impact of the negative comments you receive, as it gives you the opportunity to take a step back, put the negativity into perspective and focus on appreciating and serving those who support your cause.

If you want to focus on placating your haters, you’ll have a hard time building loyalty from your supporters

If you set out trying to please everyone, you’ll end up attracting no-one.

Nothing stifles creativity like attempting to appease the masses.

But what about the people who are just being constructively critical of me?

It’s important to understand the difference between constructive criticism and hate, otherwise, you’ll start to believe that anyone who doesn’t fully support you, is just trying to bring you down.

I wrote a piece on understanding the differences. It’s available here.

Anyone with enough attention will attract hate from at least a few people. I am still very new to the game and even I have received thousands of negative comments (across Reddit, 9GAG, Facebook and Instagram). I can’t bear to think about how much negativity big-time writers receive.

It’s important to be aware of the negative impacts the criticism can have on you and ensure it doesn’t affect your ability to be creative in what you're doing.

That's it for me this week.

Learning how to use criticism to your advantage