How do some men make it out of the friend zone?

Addressing the reasons some men manage to make it out of the dreaded friend-zone and into a romantic relationship with a woman. 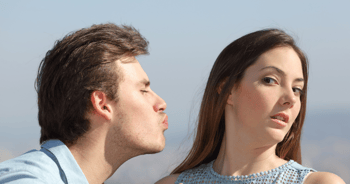 Every day, countless women enter into romantic relationships with men they initially considered to be friends.

So, if this is the case, why are so many men being condemned to eternal friend-zoning?

Sure, physical attraction plays a part. But it’s not as black and white as that.

There are many situations where men and women start as friends, and even though her physical appearance is superior to his, he somehow breaks through and makes her his girlfriend.

How does he do it?

How does a man manage to seamlessly transition from friend to boyfriend?

By truly being friends with a woman.

This may sound a little ridiculous, but hear me out.

True friends treat each other as peers

True friends don’t have differing power dynamics in their relationship.

They treat each other with respect, and neither one of them fawns over the other.

With equal standings of power in their relationship, a woman isn’t made to feel like her male friend is being overwhelmingly protective of her.

She also won’t be made to feel like he is subservient to her. Equal power = the perfect middle ground for a friendship to develop into a romantic relationship.

Friend-zoned men treat a woman like a damsel in distress.

They are condescending towards her and they handle her overly delicately.

When a man treats himself as subservient to a woman, she sees him as weak and incapable of standing his ground. Neither of these traits bode well in terms of her consideration for a romantic partner.

True friends insult each other

True friends have in-jokes together, they make fun of and lightly tease one another.

Women view humour as one of the sexiest qualities in a man. If a man can make a woman laugh at herself, (in a playful, above the belt kind of way) she will almost certainly find him more attractive as a result.

Friend-zoned men are too eager to please

A Friend-zoned man lacks the ability to display the same levels of humorous banter with a woman, from fear he could possibly offend her.

Any attempts to make humour with her are thinly veiled attempts at flattery instead.

True friends are honest with one another

When a man is truly friends with a woman he tells her the truth. When he is offering her advice, he does so with her best interests in mind, not for his own selfish desires. He also won’t make dishonest remarks in the name of placating her.

Friend-zoned men tell her what she wants to hear

A Friend-zoned man tells a woman whatever she wants to hear, or will choose his words based on what he believes will place him in the best light with her.

When a man shows humility to a woman, she respects him for it.

A man's ability to openly expose his insecurities to a woman makes her see him as more secure (compared to a man who desperately tries to hide them from her).

A friend-zoned man portrays himself the way he feels a woman’s ideal partner would.

He never admits anything about himself that could make him seem unattractive to her, or threaten her perfect view of him.

Women often see straight through it when a man is trying to look perfect. It lacks authenticity and seems unnatural.

Aside from this,  friend-zoned men often portray themselves as an inaccurate depiction of her ideal man in the first place.

True friends are friendly with her other male friends

True friends are cool and easygoing in the presence of a woman’s other male friends.

Women see a man's ability to get onside with her other male friends as an attractive quality.

It gives a man the opportunity to show her how well liked he is by others and that he's secure in his friendship with her.

Friend-zoned men are jealous of her other male friends

Friend-zoned men get awkward and defensive in the presence of her other male friends.

He will often remark that he doesn’t trust these other male friends, that he gets a bad vibe from them. This can often lead to him making up lies about them in order to improve his standing with her and jeopardise theirs.

True friends accept each other

True friends do not reserve judgement based on the actions or opinions of one another.

Friend-zoned men hold women to unrealistically high standards. They will become visibly judgemental when a woman does something he doesn’t like (namely if it involves something she says or does that suggests she might be interested in another man).

True friends are comfortable with one another

True friends are comfortable with each other in one-to-one situations. They know the meaning of comfortable silences and feel no obligations to endlessly entertain one another.

She knows he likes her, he won’t admit it, and it creates an irritating tension.

True friends feel lucky to have each other

True friends feel lucky for the friendship they have with each other, as they both have equal standings in their relationship.

The female fancy of a friend-zoned man knows they can rely on him. For anything. And I mean anything. There are no limits to what friend-zoned men will do for women. Not only do women know this, but some will also take advantage of it.

True friends give each other space

While true friends are there for each other when one of them needs it, they also know when to give each other space.

Friend-zoned men barely want to let a woman out of their sight.

When they aren’t messaging or calling her, they’re hanging out with her.

They go about their communications with a woman as if they live in constant fear that twenty-four hours of no contact with her, might make her forget him forever.

If you are wondering why a woman has put you in the friend-zone, perhaps it's because you haven't truly been her friend. 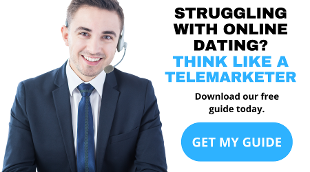 If women like good men, why do they date bad boys?

Breaking down the key traits women find attractive in bad boys, then comparing these traits with...

A word of advice for all of you 'Procrastidaters'

If you’re waiting until you’re the 'best version of yourself' before you set up an online dating...