Learning how to use criticism to your advantage 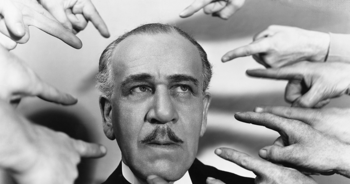 Criticism is an inevitable part of life. While you can't avoid it, you can control how you let it affect you.

You can let it get you down, you can see it as an opportunity to improve, or you can immediately write it off as ‘hate’ or jealousy.

Before you decide the best way to respond to criticism, you need to start by understanding the nature of the criticism itself.

There are two main types of criticism, constructive and destructive.

Constructive criticism involves a combination of positive and negative feedback, coupled with actionable suggestions for improvement.

Constructive critics are generally helpful, thoughtful people who want to see you do improve.

Destructive critics are generally bitter, unhappy people who want to see you fail. They are also commonly referred to as 'haters'.

It seems it would be easy to tell the difference between constructive and destructive criticism, However, there are a few additional variables at play, including:

This occurs when your critic is hiding jealousy behind false support.

They’ll tell you: ‘Look, as a friend, I’m the only one who’s gonna give it to you straight, you need to stop while you’re ahead. You’re not gonna make it, and I don’t want to see you embarrass yourself.’

It seems like your critic is being constructive by ‘coming from a place of love’ and offering you an actionable solution (i.e. give up), but, with no genuine suggestions for improvement, the criticism is purely destructive.

Perhaps they feel threatened by your ambition. Perhaps they’re projecting their past failures onto you.

Whatever the reason, you can't let yourself take it as a sign that you should give up on whatever it is you're doing.

Some people have no bedside manners when it comes to offering criticism.

They’ll provide feedback in a dismissive, condescending tone and leave you feeling deflated.

But that’s not their intention.

They’re just not great at communication.

If you immediately write it off as destructive criticism, (without asking for suggestions on improvement), you may miss out on some valuable insights.

Some people’s criticism of you is actually just reverse psychology

Some people will use destructive criticism as a way of motivating you.

They’ll use phrases like ‘I’ll believe that when I see it’ or ‘come back to me when you’ve actually done it’.

The problem with this method of motivation is that many people who receive it don’t realise the positive intent behind it.

Not everyone fits the standard description of a hater

When you think of a ‘hater,’ you picture a bitter, horrible ‘keyboard warrior’ or a generally depressed, unsuccessful person.

But some ‘haters’ don’t fit the standard description of a hater.

Thus, when you receive criticism from them, you take it as genuine, constructive criticism, because after all ‘this person is good looking/successful/happy, why would they tell me negative things if they didn’t truly believe them?’

The reason for this is that looks can be deceiving.

The point is, don’t get hung up on destructive feedback from someone you see as respectable.

Unless they offer you constructive suggestions on how you can improve, you need to view their negativity the same way you would when you're receiving it from someone whose opinion doesn’t matter to you.

How can I tell the difference?

Assess the message behind the criticism, look for positive takeaways and if you can’t immediately find any, ask the person you’re receiving it from to elaborate.

As your critic begins to expand on their opinions, note them down, and before you start becoming de-motivated by the criticisms, ask yourself the following questions:

Once you’ve considered all the variables and decided whether the criticism is constructive or destructive, adapt your response and action plan accordingly:

Be calm, be measured, be humble and be willing to learn.

Tell the person offering it to you: ‘I’m always looking for ways to improve, what do you suggest?’

As they say their piece, remain defenceless.

Ask for clarifications where necessary and adequately process what they’ve said before you formulate your response.

If you find yourself becoming defensive, remind yourself; they’re just trying to help.

How to implement constructive criticism

Once you’ve received a piece of constructive criticism, it’s important not to trust it blindly.

Do your due diligence, research their suggestions and ensure there is validity to them.

Also, keep the following in mind:

Just because someone is offering you constructive criticism, doesn’t mean they’re right.

They may have no idea what they’re talking about, they may be leaning too much on their own negative experiences, or they may be offering you advice that works for them, but wouldn’t necessarily work for yourself.

When you've decided it's destructive criticism

The hardest thing to do when you’re receiving destructive criticism is also the most effective: to be polite and ignore it.

Now, I hear some of you saying ‘but why should I let them get away with it?’

Destructive critics are desperate for attention

They’re so desperate for human interaction that they don’t care what they have to do to get it. That’s why they revert to hateful comments. Because hateful comments are the easiest way to get a reaction from someone.

Allowing yourself to be lured in by their negativity only gives them what they want; attention.

Destructive critics will change their direction as necessary

When you prove a destructive critic wrong, they’ll change the direction of their criticisms.

They’ll find something else to call you out on, and they’ll never acknowledge that you managed to prove them wrong about their initial criticism.

Once you lose your cool, they've won

The critic only wants you to feel as sad and insecure as they do.

Whatever form of criticism you are receiving, it’s never pleasant to receive it.

Work hard, stay positive and when you inevitably receive criticism, ensure you use it to your advantage.

A word of advice for all of you 'Procrastidaters'

If you’re waiting until you’re the 'best version of yourself' before you set up an online dating...